ROHMANN GmbH was founded in 1977 with a staff of two to solve special applications in the aviation industry.1959
The first big success in the market was the introduction of the ROTOTEST B500, the world’s first battery-powered test instrument with display for rotary probes that same year.

The company’s success and growth continued in 1987 with the introduction of the ELOTEST B1, a universal eddy-current test instrument for the manual inspection of safety-relevant components in the aerospace industry. The instrument became the global standard for battery-powered eddy-current instruments. Until today, more than 1,000 instruments have been sold worldwide.

In 1989 the introduction of the ELOTEST PL.1 marked the successful entry into the market of production-line inspection.

In 1999 we developed the HARMONIC 2000, the first fully digital high-perfomance test instrument to inspect heat exchangers in cooperation with Framatome. That same year the ELOTEST B300 representing the third generation of battery-powered eddy-current test instruments made its debut.

One year later the ELOTEST M2, the world’s most powerful one-hand universal test instrument was introduced. 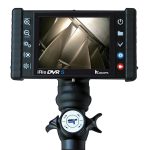 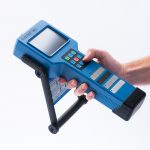 Universal inspection technology with powerful features The ELOTEST M2 is a universal one-hand test instrument for surfaces, bore holes and hidden structures. In addition, it measures the conductivity and layer thickness of all materials. The ELOTEST M2 features a DUAL-frequency...
Read more 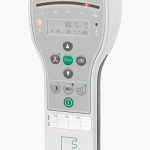